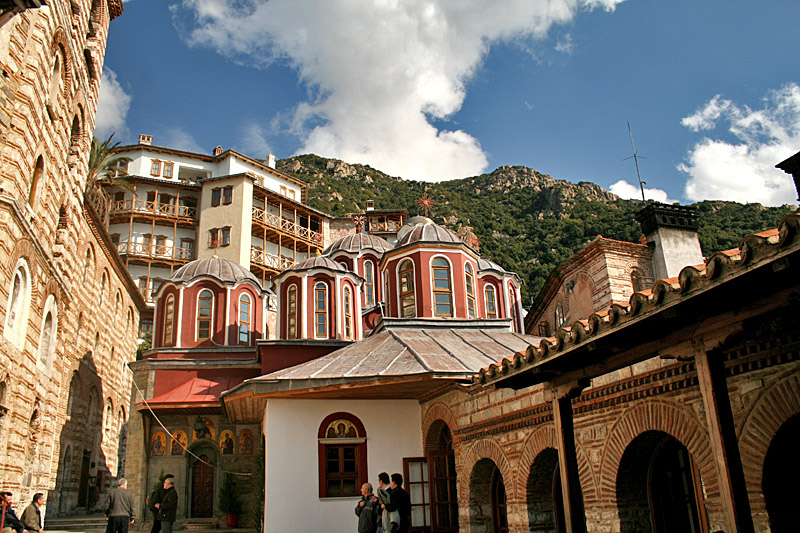 The monastery of Grigoriou, located on the west coast of the Atonite peninsula, is a Greek cenobitic monastery. In the community there are also some monks of different nationalities. I visited it several times to the point of feeling at home. I recommend it as a point of reference for those who want to know traditional Orthodoxy. This monastery has a welcoming and respectful but firm atmosphere regarding the foundations of Orthodoxy, which are then the very foundations of Christianity.
In his community there are also monks of excellent intellectual formation and, in addition to Greek, English, French and Russian are known.
Personally, I have nothing to doubt about the seriousness of this place and its liturgical and ascetic life. Therefore, despite not having read it, I point out to the readers a study edited by these monks and sent for the moment only to the Greek bishops on the Ukrainian crisis which, as we unfortunately know, has destabilized the whole Orthodox world putting it at risk of a schism.
Briefly said: America for geopolitical reasons needs to isolate Russia and, where it is useful, it does not disdain to support this or that religious movement for its secular purposes. The creation of a fictitious autocephalous Ukrainian Church obeys this design. The patriarch of Constantinople, Bartholomew I, lent himself to the American geopolitical game, going, however, against many ecclesiastical provisions that govern relations between the Churches in the Orthodox world and misunderstanding deliberately others for its purposes. Through this he finished creating a very top-down concept of the Church (far beyond the Catholic model of the past) where the will of the leader is fundamental, his way of interpreting the laws, not the laws themselves and the tradition that precedes this leader. In this way the head becomes self-referential and above him there is nothing, which is typical of a totalitarian regime, not of a Church.
The study of Grigoriou is based, therefore, on the canons, history and traditions of the Orthodox Church in comparison with the undue innovations that have occurred and imposed authoritatively in recent years.
The reaction obtained from the part that supports Bartholomew (for example the website "Fos Fanariou") is totally devoid of solid arguments, since this part cannot bear even one without distorting the sources. Instead of a serious talk, tavern accusations, factious allegations, emotional speeches against all common sense are proposed. If this is the official position of the Fanar, and it seems that it is, we can certainly say that today this institution, once venerable, touched the lowest point of its entire history.
Pubblicato da Pietro C. a 06:38